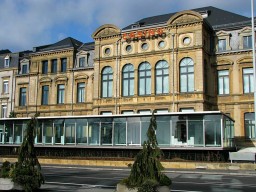 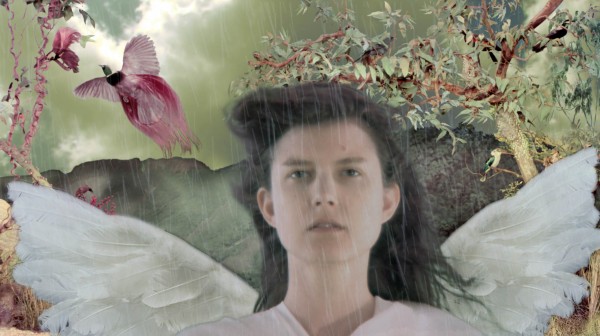 In his film project Home to go, Adrian Paci has inspired himself from his personal experience to deal with collective history in projects that highlight the consequences of conflicts and social revolutions, revealing how identity is conditioned by the socio-economic context.
In 1997, Adrian Paci escaped violent riots in Albania to take refuge, with his family, in Italy. On his arrival in the country, he temporarily abandoned painting and sculpture in favour of video, thus exploring new cinematic languages and means of expression. His experience of exile, the shock of separation and adaptation to a new place define the context of his first videos, through which he attempts to discover the roots of his past.
“The fact of being at a crossroads, at the frontier of two separate identities, underlies all my work on film.”
The angel of history, mentioned by Walter Benjamin in the Thesis on the Philosophy of History, is the inspiration for the film of Aura Rosenberg. Compressed into five minutes, this film animates the ruin and progress of history, starting with the formation of planets from gas clouds through to the present. The pile, culled from an online pictorial archive, depicts Benjamin’s single catastrophe. A flash of original paradise interrupts the cataclysmic momentum and reminds the viewer of the dialectic of history in which the past can be recalled only in relation to the demands of the present.
Vladimir Nikolić’s The First Murder is a two-channel video installation showing a reconstruction of the filmed assassination of Yugoslavian King Aleksandar I Karađorđević on 9 October 1934 in Marseille.
The new pictures were recorded in a same way and on the very same spots where the original cameras were standing in 1934. This would not be possible, if La Canebière street – the place of the murder – had not remained almost the same as 70 years ago. There is no murder in the reconstructed images, only people on a street following their own paths and daily routines.
The footage was distributed at the time, among others, by Universal Newsreels and introduced as “the most amazing pictures ever made”. From our perspective, we can see it as the first murder in a world of media, meaning the first murder of the twentieth century.