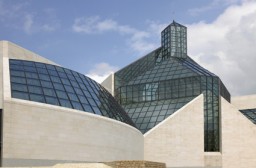 The multimedia installation POPPY Trails of Afghan Heroin investigates the relations between reality and fiction, questions  the contemporary image. Photography today showcases the most unlikely situations emerging from the real as well as the most realistic settings born out of fiction.

POPPY, an array of images interacting within the complexity of the installation – documents responding to and corresponding with each other- could be a simple fiction. However, the story that Knoth and de Jong tell us, is based essentially on journalism and documentary photography. The story begins, as the title points to, with a poppy field, whose striking beauty hides a sad and even deadly reality. The somniferous poppies (Papaver somniferum) cultivated to be transformed into drugs are the starting point of an illicit traffic originating in Afghanistan. The trail, which describes the mutations of the poppy flower, ending in the synthetic opacity called heroin and telling the different stages of the illegal drug traffic, is meticulously documented by the two artists.
The rich and realistic journalistic and photographic documentation that Knoth (the photographer; he has covered many stories in war zones) and de Jong (the journalist) have been gathering for many years fuses with more abstract and artistic, even fictitious images.
Through the panoramic presentation constituted of four projections, the viewer is thrown into a kaleidoscopic universe confronting him to the different levels and dimensions of this societal and political issue.